Top Gun Maverick was first released in theaters months ago. Now it is available for purchase online and for DVD sales. Since this is a video site about guns and not movies, I felt reluctant to provide a review. Top Gun Videos is what the title says and a site all about gun videos from top online creators. However, this movie was so good (especially compared to the mess Hollywood seems to want to make now) that I had to give you a quick review and a look at the trailer.

Top Gun Maverick is a great movie overall. There are a few things I dislike about it, but many more I do like than those few detractors.

First, let me share that I love good nostalgia movies. I enjoy when the script, directing, and acting honor the past. Top Gun Maverick does a great job with honoring the first movie, and really the timeframe that Top Gun represents. I enjoyed that the Millennium Falcon was smaller in scale in the new Star Wars movies as an example. It worked well because of how most of our childhood memories recall the scale of things. You saw the same scale effects in the recent throwback nostalgic take of the Shinning in Dr. Sleep (2019).

The nostalgia in Top Gun Maverick was better than these fun plays on scale. It honored the characters, actors, and themes from the first film. I really was appreciative that they have a nice scene with Val Kilmer’s character (Iceman). Many viewers will find it hard to believe how Tom Cruise appears. He truly looks young in the movie. It turns out being a very wealthy, eating well, and exercise can help you appear younger.

Maverick has a great cast. Not only did they honor their relationship with some key talent, they also have young actors like Miles Teller that do a great job. The film and its cast do seem patriotic and the movie has that positive feeling. One thing you will find odd is that the enemy in the film has no real world basis. You get great cockpit views, amazing energy in the flight footage, but no sense of the source of evil in the film. I get that we are in a global economy now, and they certainly want to sell the movie overseas. It just is a very odd feature of the film. It is a very conscious decision to try to avoid the attacks and arrows of the wacky mob today.

After a 30 year career of service in the Military as a Top American Aviator, Pete "Maverick" Mitchell (Tom Cruise) finds himself back at Top Gun School, this time as an instructor. He must train a young group of top pilots for a special mission. This is when he runs into the son of his former Naval Navigator and friend Lt. Nick Bradshaw, aka “Goose.” Miles Teller plays the role of Lt. Bradley Bradshaw call sign: “Rooster,” who is the son of Goose and issues between the two men threaten to impact the mission.

I do not want to dive much deeper into the plot because I want you to enjoy the ride. This movie is much like an amusement ride. It has a steady pace and even a faster, more consistent pace than the first film. I think if it was not for the strange concessions in the plot I would have enjoyed this movie more thanks to that fast pace.

If you have not seen the original somehow, then watch that first. You could even make it a double feature movie night with the family. There are some adult themes, but the overall feeling of the movie is one that provides a moral theme. Even if that is, the good guys can still win, and that we as a Nation can still be great.

I would give this movie a must see designation and a 4.8 out of 5 stars. Making it clearly the best movie available for rent or purchase at this time. You can also pick up a copy of both as a box set or a special download deal. 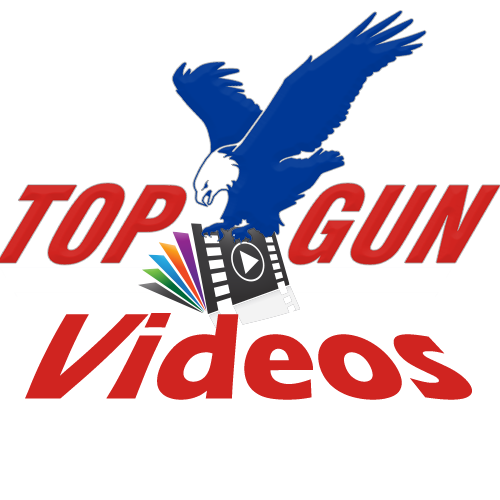